I purchased this rather stick thin Siberian Elm ‘Bonsai in 1987. At the time of purchase it had a rather large scar to the rear of the trunk – just above soil level; this would undoubtedly have been caused by the removal of a large unwanted bough – and of course to facilitate its entry into the pot that can be seen in this first picture.

The pot that it can be seen in on the first picture is just 25cm in diameter; the height of the tree was approximately 25-30 in height so at that time … quite a small tree.

Of all the pre-Bonsai (Potensai) I have ever purchased this one has been an absolute dream to develop, all-be-it taking some time due to some ‘setbacks.’ My initial thoughts were to keep the approximate shape and develop from there. It had been pruned quite badly by whoever – and after much thinking & planning I felt a more fuller figure may well suit this particular tree.

The following picture is some  years after purchase, and development was starting. This species is a ‘clip-and-grow,’ rather than out-&-out wiring to achieve shape, and more importantly – ramification.

As you can see from the following picture – the tree was potted into a much larger container, and whilst it remained high in this pot, there were roots to the base that had to be removed carefully over further repottings. The soil is Seramis (high baked clay) based for no other reason than I happened to have several bags that had been given to me by a fellow collector. He felt the colour was all wrong and wished to discontinue using the stuff. The remainder was at that time 30% Kyodama some chopped Sphagnum moss and propagating bark.

Normally, I would have created a dressing layer of Akadama (Japanese fired clay granules) but with the height in the pot this was not possible.

The following picture is one that defies logic. I had been making great progress with this tree, but was taken ill and rushed into hospital for major spine surgery, several prolapsed discs later; I now sport rods and screws that hold my back together.

I entrusted maintenance that year to a Bonsai ‘Master,’ but sadly he saw a different vision to the Elm than I, and immediately took to creating layers. This was not what I had in mind for the tree.

The following pictures consist of constant work I carried out to remove the layers, and get back to where I had been regarding continuing progression. Clearly the style of this tree does not – and will never lend itself to being layered.

And the following year the Elm is placed in a much larger pot to allow a good season of growth prior to reducing foliage mass once again:

Ramification can be clearly seen in the next picture; this would have been taken towards Autumn time as the leaves can be seen beginning to change colour.

Putting me back some four years, I managed with constant pinching to re-create ramification as seen above, and at last … almost twenty-five years later I am happy with this Bonsai. I am proud to call it a Bonsai as this year 2011 it has been short-listed as an exhibit to the Best of British Bonsai to be held at the Birmingham Botanical Gardens.

At the time of writing I have not yet received the ‘nod’ to confirm it has made it through scrutinization to be an exhibit. I do remain hopeful however.

The Elm is now some 80cm in height and in the current pot which is quite large – it is a heavy ol beast. 2011 will see a further change of pot to a round one which was commissioned especially for the tree. I chose with the help of the potter an unglazed grey finish which I consider blends perfectly with the existing bark colour.

Once repotting has been completed around mid-March 2011 I will update this case-history with a photograph of the tree in its new pot. 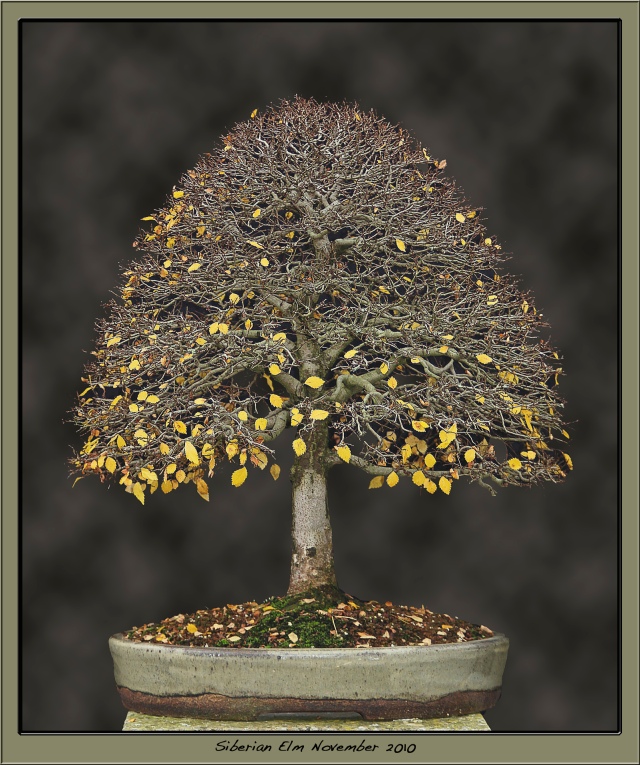 In 2011 I potted the Elm into a mass produced round pot; mainly to see if it would work quite so well. Truth is, it didn’t; and so the Walsall Ceramics pot is once again home to my old friend. 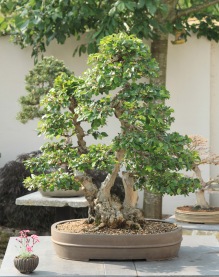 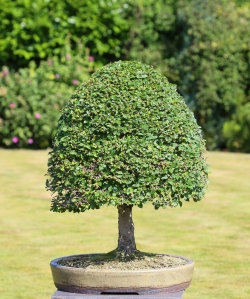 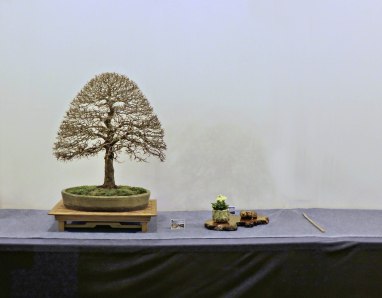 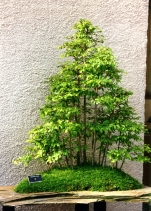 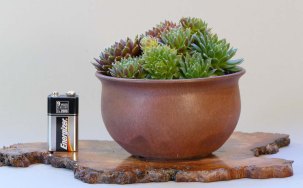 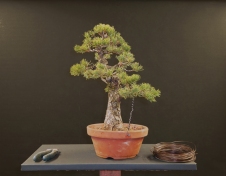